Season of the Lost 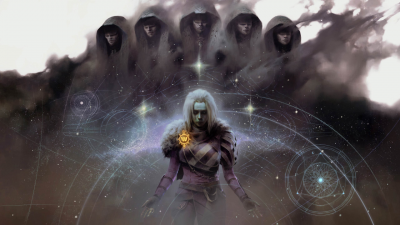 Season of the Lost is the 15th Season in Destiny 2.

Mara Sov, Queen of the Awoken. It would be an understatement to say that much has transpired in her absence. Her brother, last seen lying in rest, walks among the Guardians wearing a new name; Xivu Arath’s forces rally in the shadow of the Black Fleet; and Savathûn has been revealed at the heart of the Endless Night.

And so, it is now, under the light of a long-awaited sun, that Mara Sov returns to her Dreaming City and seeks an audience with the Witch Queen.

Bungie Name replaces platform name. It is set on first log-in, based on the name used on that system. Players with special symbols or inappropriate names are renamed to "Guardian". Currently, Bungie Names cannot be changed. It is also possible to add other players to the friend list or block them in the game.

All Primary ammo weapons now have infinite ammo, Primary ammo mods have been deprecated. A selection of Legendary Stasis weapons has been added to the game, they use either the Kinetic or the Heavy weapon slots. Stasis has been added as energy type for armor. A couple of new mod types have been added: Holster Mods for Leg Armor, which gradually reload stowed weapons, and Armorer Mods for Ghost Shells, which guarantee a minimum stat value of 10 for acquired armor.

Scorn Champions have been added to the game.

Unstoppable Abominations now appear in Nightfall strike The Hollowed Lair. Ravagers in that strike now use Stasis censers. Some of the Taken Knights and Taken Acolytes now wield Stasis Boomers.

Reissued Trials of the Nine weapons now drop from the Prophecy dungeon.

While in competitive game modes (Trials, Elimination, Survival), performing an emote will remain in first-person. While in these modes, players are now unable to swap to a Sword if they do not have Heavy ammo. If players run out of ammo while holding a Sword, they'll automatically swap to their Primary weapon.

Season 15th artifact is the Wayfinder's Compass, which provides Seasonal Mods and additional Power. It also functions as the season's quest item, which can be upgraded at its vendor version in the Awoken wing of the H.E.L.M.

There are two new activities in this season. The first is a 6-player matchmade offensive, Astral Alignment. The second activity is Shattered Realm, a weekly mission.