Detailed explanation on how to acquire Chrysura Melo

"If you hear it, remove your helmet and face the closest Corsair. They will know what must be done." —Queen Mara

There's a saying among con artists: "Half the fun is showing the mark which cup hid the ball before you take their money."

Savathûn understands. In her crystalline prison, she reflects on all her surreptitious winks and little nods. The risks taken and the boundaries pushed to keep herself entertained and her Worm fed.

Osiris stumbles as he walks through the Last City. Beneath his robes, something erupts in a frenzy of motion. He pauses to compose himself and then walks on, trailing careless spatters of black fluid.

Osiris watches the Crucible match unfold. He does not cheer for either opponent. When a Ghost appears to revive the defeated warrior, Osiris leans forward in careful study. When Saint places a hand on his forearm, Osiris holds impossibly still just to see what the other man will do.

Osiris sits by the campfire as Crow and the Guardian share a drink. Osiris watches them with rapt attention. Crow is laughing. He passes the bottle, and Osiris, hands numb, puzzles at it. His mouth hangs in a half-smile before he takes a long drink, slaking a bone-deep thirst.

Osiris takes a shaky step forward. The High Celebrant howls in the catacombs, and he hears his sister's voice buried in its roar. He feels his heart beating in his chest and is so enraptured by the sensation that he forgets to be frightened.

Savathûn, physical form a twisting instar, emerges from the shadows and crawls over the shattered pieces of the Ghost. She reaches toward the ruined man.

Savathûn squeezes through the calcified channels of ascendant energy and manifests within the dangling Ahamkara skull.

The man standing below the netting senses her appearance. His Light flares as he draws his weapon with impossible speed.

She has only a moment: She pushes her face down through the ropes, opens her mouth, and sings.

The man stops, then slowly holsters his weapon. He turns, crosses his arms, and forgets.

She melts awkwardly back into the skull as best she can, though a tangle of spindly elbows, licorice-black, still juts from its sockets. She turns her attention to her quarry across the gap and hums her song softly to mask herself.

Soon, the man below begins to hum along with her. 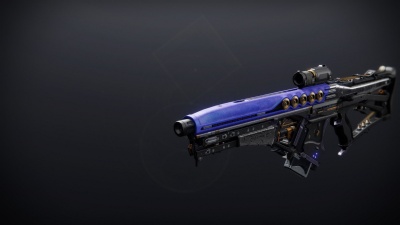