Season of the Chosen 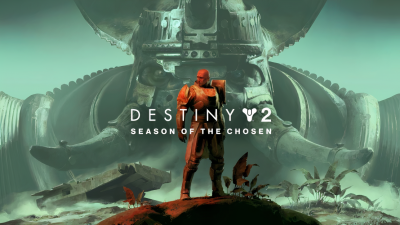 Season of the Chosen is the 13th Season in Destiny 2.

With the Pyramids and Xivu Arath destabilizing the system, Empress Caiatl, leader of the Cabal and daughter of Calus, seeks an alliance. But when she demands more than Zavala can offer, negotiations collapse, and Guardians must become the tip of the spear that strikes at her growing war council.

Valor and Infamy rank up rewards are reworked. Lord Shaxx and the Drifter's vendor screens now have a section for reputation rewards. This section displays all rewards for increasing Valor and Infamy ranks in the current season. Once a rank is reached, the reward can be picked up from its respective vendor. Rank 4 rewards 3 Upgrade Modules, rank 7 gives 3 Enhancement Cores, rank 10 gives a Shader (3 Enhancement Cores after rank reset), rank 13 gives 2 Enhancement Prisms, rank 16 rewards an Emblem (2 Enhancement Prisms after rank reset). The final reward is an Ascendant Shard, which changes to Exotic Engram after a reset. Each of the above also gives a Prime Engram. Rank automatically resets when the final reward is collected.

Certain Triumph Seals can be gilded by completing additional objectives after receiving a Seal. Doing so changes the color of the player's title and adds a symbol to it.

Dreaming City and Moon armor is reissued with a new power cap, and drops with higher stats from their respective dungeons. Waking Vigil, Sleepless, Vouchsafe, and Retold Tale from the Dreaming City as well as Premonition, Heretic, Blasphemer, and Apostate from the Moon are reissued with new power cap and perk pools, and can drop with perks not usually available for them from their respective dungeons.

Seasonal Challenges are introduced as a new way to obtain rewards. They are similar to both Triumphs and Bounties. Each week for the first 10 weeks of a season a new set of challenges is added. They can be completed until the season ends, each provides experience, some give additional rewards, like Bright Dust or lore books.

Season 13th artifact is the Bell of Conquests, which provides Seasonal Mods and additional Power. This season also marks the return of Umbral Engrams, which can be focused to minimize their loot pool and get a better chance at receiving certain gear. Focusing options now have to be unlocked with Prismatic Lenses, which require the player to complete a certain task.

This season introduces a new three-player matchmade activity, the Battlegrounds. The new quest item is the Hammer of Proving which is charged by completing Battlegrounds and used to focus certain Umbral Engrams.

The Devils' Lair and Fallen S.A.B.E.R. strikes return from Destiny, and the Proving Grounds is a new strike added in this season.