Season of the Splicer 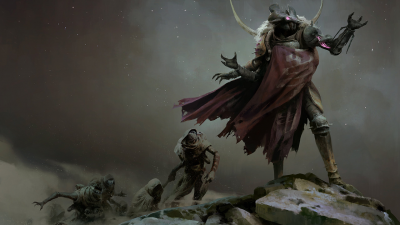 Season of the Splicer is the 14th Season in Destiny 2.

The Vex have plunged the Last City into an endless night, threatening the safety once found beneath the watchful presence of the Traveler. It is here, bathed in perpetual moonlight, that Ikora reveals the identity of an unlikely ally that may hold the keys to triumphing over this attack. Mithrax, Kell of the House of Light, leads a small group of Eliksni who wish to be closer to the Traveler. As a Sacred Splicer, he possesses the knowledge needed to combat the Vex technology that ensnares the Last City. There is a bond of Light shared here... will it be enough?

Ada-1 returns to the Tower. Instead of selling weapon frames, she is now the main armor-related vendor in Destiny 2. Ada sells 3 random armor sets, one for each class, they change weekly, and 2 armor mods which rotate on a daily basis. She offers Threader bounties which are used to receive material for Armor Synthesis, the system which allows players to create universal armor ornaments out of their unlocked armor appearances. Banshee-44 now sells 6 random weapons, they change weekly, but players cannot buy armor mods from him anymore. Shaw Han now offers repeatable Cosmodrome bounties.

All bounties now appear in Nav Mode, where players can check their progress. Bounties can no longer be marked for tracking in the quest log. Tracked Triumph also appears in the Nav Mode.

Shaders are now unlockable items and no longer consumed upon application. Trace Rifle focused armor mods are added to the game.

Season 14th artifact is the Paradrome Cube, which provides Seasonal Mods and additional Power. The quest item is the Splicer Gauntlet, which is used to gain extra rewards and benefits in the seasonal activities.

There are two new activities in this season. The first is Override, a 6-player matchmade offensive where the fireteam has to protect a conflux from the Vex and then defeat a boss. The second activity is Expunge, a weekly mission.

The Vault of Glass raid returns from Destiny.