Detailed explanation on how to acquire Pleiades Corrector

The Endless Night. What is it? What does it do? We may not have all the answers, but here's what we know:

Remote scans of the "Endless Night" either failed to return data or returned contradictory data; this behavior suggested an emittance of electromagnetic disruption, which indicated that this is more than a simulation projected over the City. Confirmation of this disruption has occurred as every probe sent into the clouds, even shielded ones, experienced acute electrical overload within seconds.

Now having confirmed the existence of the EM field, we have reached a new hypothesis in our reevaluation of our initial scans. We believe that we are not, in fact, receiving contradictory data… but a scrambling of our own scans, rewritten with new information.

These scans are subsequently being bounced back to us and are infiltrating our systems via rooting programs masquerading as collected data. Anyone wondering how they've managed to shut down our power distribution and water purification facilities without firing a shot needs look no further. They set a trap, and we sprang it. This information absolutely must be aired to the rest of the Consensus.

Some of my colleagues believe the actual "night" visualization is meant to be a means of psychological warfare. Whether that is intended or not is unclear, though there has undoubtedly been an effect on the population, as reports of illness and sleep loss have spiked considerably.

I've moved to cease all data collection, but I have repeatedly been overridden by higher clearances. I must, again, recommend that we sever all connections and terminate any data collection sweeps. We're digging our own graves, otherwise.

Whatever executive still has that uplink running, knock it off. You're playing with fire here. 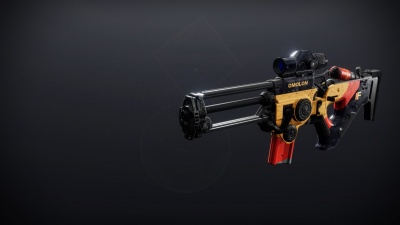