Season of the Risen 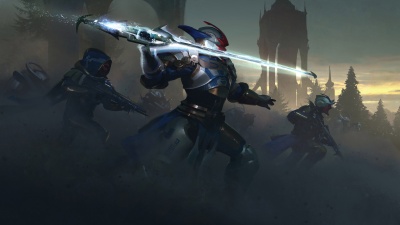 Season of the Risen is the 16th Season in Destiny 2.

The Witch Queen has stolen the Light. Her Hive army charges across the battlefield, gnashing at your armor before succumbing to the power of your fireteam. The Ghosts of your vanquished foes hover silently, an ominous portent of a battle with no end. In a matter of moments too short to catch your breath, the horde rises before you and charges again.

Void 3.0 is the first Light subclass conversion to the Darkness (Stasis) system. All of the previous Void Supers will still be available, but there is also a host of new Aspects and Fragments for players to check out. Bungie will move the Arc and Solar subclasses to the same system later this year.

Gambit is getting some key upgrades in the new expansion. Invaders should be less frequent and less impactful, and the Primeval phase is going to last much longer, and be nearly impossible to melt.

Every new expansion or season comes with a balance patch. This time around, the changes are mostly focused around some of the abilities in the game, namely the ones in Void 3.0. There’s also a host of weapon archetype changes, but not as many as we saw in the Bungie 30th Anniversary patch a few months ago.

The Seasonal Artifact is the Synaptic Spear, which provides Seasonal Mods and additional Power.

The seasonal vendor is the War Table, which can be found in the H.E.L.M.