Winter had struck hard. The citizens of the 32nd Sector of Old Russia were ill prepared, many recently homeless due to the unrelenting snow storm that plagued the land. In search of shelter and barely clinging to life, they turned to the man who promised protection: The Titan Warlord, Citan.

Reluctant to offer rations—despite a stable full of potential meals, an overstocked keep, and a magnificent Great Hall garnished with every delicacy one could desire—Citan held a firm grasp over the supply chain. He was of the opinion that a hungry mob would not have the energy for a revolt.

Not that he required an advantage over his people. His Light was already all the advantage needed to ensure the status quo.

But hunger could cause people to act irrationally, an oversight in Citan's philosophy, and soon they were banging down the doors of his stronghold. In a display of utter dominance, Citan allowed the doors to open, personally standing between his people and the warmth and comfort of his Hall.

"My home is open to any with the will to earn it. You only need get past me." His hands sparked with Arc Light.

Out of desperation, one brave soul made a meager attempt to dart past the towering Warlord. His nose barely passed the threshold before he was instantly disintegrated by a Fist of Havoc. 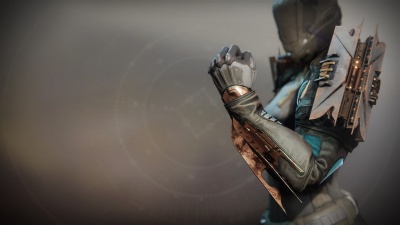