Parasite is a Exotic Grenade Launcher.

Parasite is obtained from the Parasitic Pilgrimage mission, which can be accessed by progressing through the Of Queens and Worms Exotic quest.

"Constant projections. Unending destruction. The will of every efficient parasite." —Savathûn's worm

Transparency is not a strong suit of mine. Undoubtedly, this comes as no surprise. However, our… misadventures, let's call them, with the parasite have left me with a recurring ambivalence in regard to said transparency; as a result, I feel as though you are deserving of a more appropriate level of access to my thoughts surrounding recent events.

In my previously mentioned vision was the Witness's one truth: an eternity of Darkness in which I serve as a Disciple. It brought me an overwhelming feeling I previously relayed to you as fear—but in actuality, it was fear born of what I felt most within this vision—gratitude.

Gratitude! As if my place alongside the Witness was meant to be a reward for all I have ever done and ever will do. And if the Witness is to be believed, "all I ever will do" is unbecoming, to say the least.

It is moments like these wherein I wonder if I myself should be put to rest to avoid perpetuating these dark truths. But I have never before wavered from righteousness, and I don't intend to begin now.

With that, you should know that while our revealed truths about Savathûn and the Collapse appeared minimal, I have already used them to begin tracing a trail of evidence that may provide us with the power of preservation in the oncoming storm. When the time is right, we will have further parts to play together.

In the meantime, keep the parasite near, and listen close. It's bound to open its mouth again sooner or later.

—Mara Sov, Queen of the Awoken 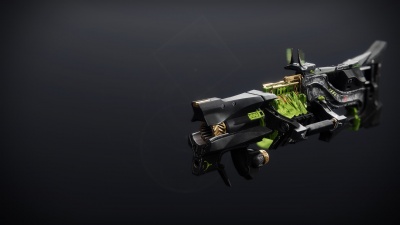