Season of the Undying 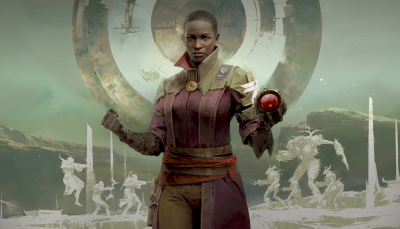 Season of the Undying is the 8th Season in Destiny 2, released with the Shadowkeep expansion.

As Guardians delve into the Black Garden, portals open allowing timeless Vex war machines to strike back with their own counter-offensive on the Moon. They won't stop until the moon becomes another one of their strongholds. Find a way to end the invasion.

Starting from the Season of the Undying, content introduced in a Season is removed from the game when the Season ends. Players keep the items they unlocked in their collections and can retrieve those, but cannot get items they have not obtained before the Season's end. Unobtained items turn invisible in the collections.

With Shadowkeep's release every character begins the game at max level, but it is still possible to gain experience, leveling the Seasonal Rank, which gives certain rewards on certain levels. Season Pass owners receive additional rewards.

Another new mechanic is the Seasonal Artifact, which is given to all players when a Season begins, and is replaced with another one in the next Season. Earning experience also upgrades the Artifact, which gives the player character an uncapped power bonus and unlocks seasonal mods for weapons and armor.

Season 8's Artifact is The Gate Lord's Eye, which could be leveled to obtain mods designed for general use or for the new activity, the Vex Offensive.

The Vex Offensive is the main portion of the Season of the Undying. It was a matchmade activity where 6 players fought against waves of Vex with a chest after each encounter and a boss at the end of the run. Near the end of the Season this activity was renamed into "Vex Offensive: Final Assault". The only difference aside from the name is the boss, although it kept the same mechanics as its predecessor.

Another part of this Season is the Vex Invasion Event which used to happen shortly after a Public Event on the Moon and involved players fighting waves of Vex with a boss at the end.