Eriana's Vow Catalyst can be obtained by completing The Vow quest. To unlock its upgrade, the player has to defeat enemies with this weapon.

The Catalyst adds the More to Give perk to this weapon and Masterworks it.

Omar: This place reeks of death.

Sai: Once something is gone, it should stay that way.

Sai: You will never find peace if you can't accept your loss.

Eriana-3: I'll find peace when I rip that monster's beating heart from his chest.

Eris: I have never known vengeance to bring peace.

Eriana-3: What do you think I should hope for, then? All I have left is my vengeance and my gun.

Eris: A Hand Cannon with a sight, yet you see nothing but rage. Don't allow it to cloud your judgement. Wei gave you the weapon for a purpose.

Eriana-3: Yeah, to keep me at a distance from the Hive. And now I'm heading straight toward them. Somewhere out there, she's shaking a fist at me.

Eris: We can honor her still by ridding the world of the disease that is Crota.

Eriana-3: There is no world for me after Crota.

Eris: What you are feeling... is to be expected. In time, we can forge a new world. Together.

Eriana-3: I want to believe that is possible.

Vell: I hate to interrupt this touching moment, but does anyone else hear that?

Toland: Thralls... I think they mean to welcome us.

Eriana-3: Let them come. I'll be the last Light they ever see. 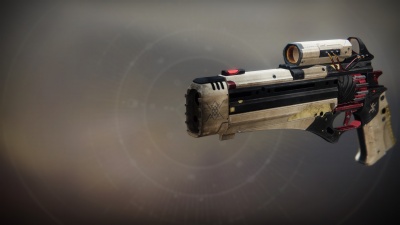 
Do Not Sell My Personal Information
Retrieved from "https://d2.destinygamewiki.com/mediawiki/index.php?title=Eriana%27s_Vow&oldid=86830"
Categories: