Season of the Hunt 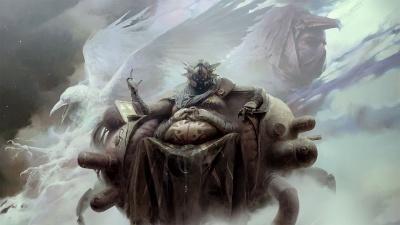 Season of the Hunt is the 12th Season in Destiny 2, released with the Beyond Light expansion.

RISE OF A HIVE GOD

Entire planets have vanished. In the chaos that follows, Xivu Arath, the Hive God of War boldly moves to seize power. If left unchecked, she threatens a solar system already in turmoil. While investigating the growing threat, Osiris finds himself in need of help. Fortunately, a new – and yet familiar – ally known as the Crow joins you in the rescue...

Engram previews for most gear engrams have been removed. Bright Engrams now contain all Eververse content from Season 1 to three Seasons prior to the current Season (from Seasons 1 through 9 in Season of the Hunt), excluding content from special events like Festival of the Lost, the Dawning, etc.

While Season 12 officially started with the release of Beyond Light, on November 10, most of its content except for the Artifact and some gear is not available until November 17.

The Fang of Xivu Arath Artifact contains new Seasonal Mods. Notably, there are no Weapon Mods in this Artifact.

The Wrathborn Hunt activity requires a Lure, which can be obtained from and upgraded at the Crow, the seasonal vendor. The Lure can be configured with mods, allowing players to pick their target and rewards for hunting it. Slotting all mods in the Lure activates it, and placing the activated Lure at a cryptolith on the Tangled Shore or in the Dreaming City begins the Hunt.


Do Not Sell My Personal Information
Retrieved from "https://d2.destinygamewiki.com/mediawiki/index.php?title=Season_of_the_Hunt&oldid=92921"
Categories: