Chromatic Fire is a piece of Exotic Chest Armor available to the Warlock class.

It was Wen Jie who told me. At first I didn't believe her—I mean, it's Wen Jie; she believes in moon fairies and the continent of Antarctica—but she showed me the crystals.

The name Pergamon never turned up. But where else could these crystals have come from but the Orchards of Dione? 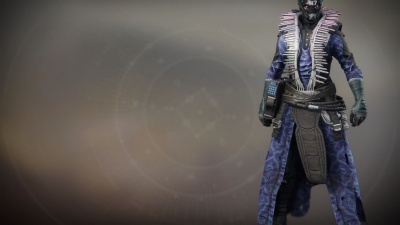 Do Not Sell My Personal Information
Retrieved from "https://d2.destinygamewiki.com/mediawiki/index.php?title=Chromatic_Fire&oldid=66337"
Categories: