"What The Witness gave me, I give to you. May it serve you in death, or in finality. It cannot be both." —Rhulk, disciple of the Witness

Heard while scavenging a pile of dead Ghosts within the Throne World Pyramid:

"Oh insatiable you—how many beats on the snare of self-righteousness will it take before you acknowledge all the avenues from which you stall the flow of things as they should be?

"You do not see the collective obligation before you, the duteous burden that has rested on all sentient beings since time's origination—to ferry existence toward inevitable consequence: the final shape.

"Why do you unendingly insist on waylaying the machinations of every being with a worldview differentiated from your own? You lack respect. You lack direction. You seek only what you are guided to seek, and for that, you remain little more than an unrelenting nuisance.

"I was like you once. Wayward. Driven to misguided perfection by the bubble society painted around me. But when I look back, none but one had the answers. None but one shed all the airs of any pretense of what the universe was supposed to be in the eyes of the infinitesimal individual—my Witness.

"Through it, I found incentive. Clarity. Purpose. I sought to shed from myself the layer of barbarism that had pervaded my being for so long. I turned instead to the sophistication of infecting others with self-actualized corruption.

"You see, total eradication may be efficient, but the goal is not to be the last one standing. Rather, it is to remove the obstacles that encumber you and those who remain from reaching your destination.

"Annihilation of your kind was never the goal. But filling you with the right kind of ideological purpose, the kind that serves the finality of shape—well, that's the point of corrupting a beating heart, is it not?" 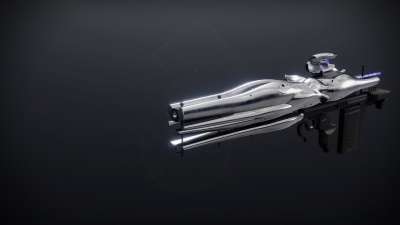