Hard Light Catalyst can be obtained in Heroic or Nightfall Strikes. To unlock its upgrade, the player has to defeat enemies with this weapon.

The Catalyst increases Hard Light's stability by 18 and Masterworks it.

The first is a quick-config interface for outgoing damage.
The second is a ricochet projectile that bounces off any surface.
And the third an infinite range zero drop-off projection weapon platform.


So! Three new products in the Omolon portfolio. But, unlike other product launches, we won't be staggering the releases.

We will be releasing them all at once.
In a single device.
In extremely limited quantities.

We call it Hard Light.

But there is one more thing. 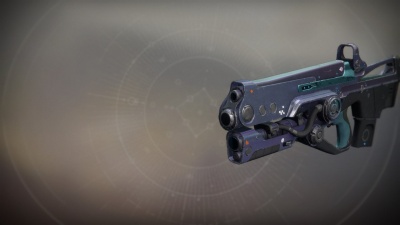