From Destiny 2 Wiki
Jump to: navigation, search
Fractethyst is a Legendary Shotgun.

Detailed explanation on how to acquire Fractethyst

"Imagine that as the last sound you hear." —Petra Venj

Amanda Holliday finished welding the new fluid catch to the underside of the Ether tanks with a satisfied grunt. She wriggled her way backwards into the corridor and bumped into the legs of the massive Eliksni who was crouched behind her.

"Mithrax!" she scolded, pulling off her welding helmet.

"Amanda," Mithrax replied. "You are unexpected, but welcome. You are improving our Ether tanks?"

"I threw a fresh fluid catch on there, yeah," Amanda shrugged as she repacked her tools. "It's nothing you couldn't do yourselves, but I was passing by."

Mithrax gazed across the Botza District for a moment. "I find that unlikely," he said wryly.

Amanda laughed. "C'mon now. You know what they say about gift horses."

"Since the Human and Vex attacks have ceased, we have been well," Mithrax said, standing to his full height as he pulled Amanda to her feet. "With the Endless Night lifted, resources are more plentiful. I see your people and mine moving forward together."

"Yeah, it's nice," Amanda agreed. "Things are happening now I wouldn't have dreamed of a few months ago. The other day, I saw a group of Eliksni at the Bazaar picking out Ghost shells!"

Mithrax's laughter was a deep rumble. "Yes, the empty shells are quite beautiful. Would you introduce me to your Ghost, Amanda? I would enjoy meeting them."

"Ooh, sorry," Amanda chuckled. She put two fingers to her wrist. "Still got a pulse. No Ghost for me."

Mithrax balked. "You are not a Lightbearer?"

Mithrax thought for a moment. "To aid as you do without the gift of the Light…" he said, bringing a clawed hand to his chest and bowing. "There is much my people would learn from you."

Amanda shifted from one foot to the other and scratched at her neck. "Afraid I ain't much of a teacher," she said quietly.

Mithrax smiled. "I find that unlikely." 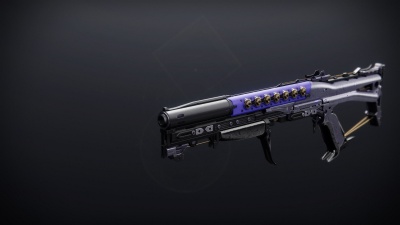