Detailed explanation on how to acquire Steelfeather Repeater

There is strength in delicate things.

"I feel the recoil of the weapon and loosen my grip. The more I fight it, the more it fights me.

"I choose to let it lead.

"It finds the milky cores and bursts them with a satisfying combustion, radiolarian fluid glinting in the light. It guides me as I support it.

"We work in tandem, a brilliant dance of destruction, leaving nothing but ruin in our wake. Nothing can stop this union." 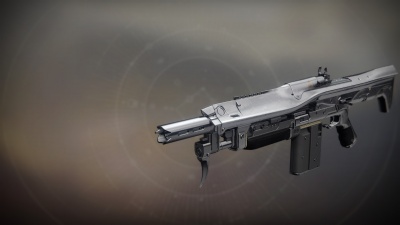 
Do Not Sell My Personal Information
Retrieved from "https://d2.destinygamewiki.com/mediawiki/index.php?title=Steelfeather_Repeater&oldid=68958"
Categories: