Note: Crafting the Osteo Striga for the first time costs nothing. These costs apply to reshaping, as well as shaping additional copies of the weapon.

Note: The catalyst only has a cost when it is crafted for the first time. All future copies of the weapon can slot the catalyst in for free when they reach level 10.

It must be Shaped at the Relic in The Enclave. Its Pattern is unlocked by completing The Witch Queen campaign, regardless of difficulty. It costs no materials when shaped for the first time.

Ah, pardon us. It just seems like he's always hungry. When I first became a mother, I didn't realize how much time would just be spent feeding him. Do you mind? Thank you.

No, he doesn't look much like me, I know. There are a lot of orphans these days. I heard him crying from… oh my, it seems like half a world away. It was chance, honestly. I never thought of myself as a parent, but caring for another little life… it's taught me so much.

Sorry, I don't know why I'm sharing so much with you like this. You just seem easy to talk to. And becoming a mom has really given me a lot more insight into the little connections between people. I used to focus so much on my work. I actually lost a few friends over it.

Now I can see what matters. The beauty in small things and quiet moments. In watching others light up when they see him. In the way meeting new people broadens him.

I had another child, you know. That was… before. I didn't keep him safe. It's for the best. He's… safe now.

Besides, it means I can appreciate this little one so much more. Just the two of us.

I love my little Striga.

And he's always… so… hungry. 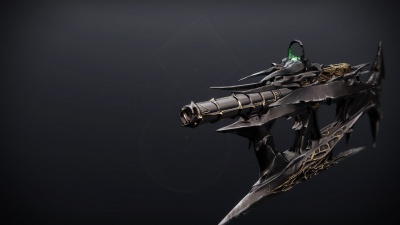