Wish-Ender is an Exotic Combat Bow.

The player has to obtain the Wish-Ender quest from Petra Venj in the Dreaming City.

The first step in this quest is to defeat the first boss in the Shattered Throne dungeon and reach the statue of Sjur Eido. She will talk to the player, and a mission on the Tangled Shore will become available. The player has to travel to the Four-Horn Gulch and interact with the mission beacon.

The player has to return to the Shattered Throne with these items and defeat three secret bosses. To spawn the bosses, the player has to locate Arc Charges and bring them to certain statues.

Querim, the Waking is a Taken Minotaur boss that can be summoned in the first area of the dungeon. The Arc Charge is located in the Tower of the Deep, above the room with the area symbol. The statue can be found on the roof of the Hallowed Ground.

Eriviks, the Waking is a Taken Captain boss that requires two statues to be summoned. The first one is in the area with narrow scaffolding and Taken Ogres. The Arc Charge is located behind a pillar to the right of the entrance. The statue can be found at the far side of the room. The second one is in the area with Shadow Thralls, where the players cannot regenerate health. The Arc Charge can be found at the end of the stairs to the player's right as they arrive into the area with the Slowed debuff. The statue is located after the Slowed debuff area, to the player's right. The boss will appear behind the large door on the other side of the chasm.

Xavoth, the Waking is a Taken Ogre boss that is summoned in the middle of the Shattered Throne's first bossfight. The player has to remove the boss' shield, then locate a Taken Minotaur in the area and defeat it. It will drop an Arc Charge that can be given to the statue on the left side of the boss room.

Sjur Eido stood slow joints snapping second to none but the Sovs themselves stood straight-backed sharp-sighted pleased to skewer enemies at any distance. Sjur Eido listened close head cocked arrow nocked listened to her Queen's layered lies and heard only the truths as endless courtly complaints flowed around them like the mists of Divalia. 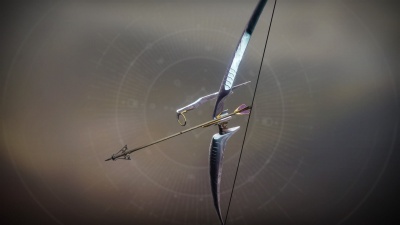