Detailed explanation on how to acquire Tarnished Mettle

Survival is the better part of valor.

Vrisk had been lying under his crewmate's corpse for the better part of an hour. His body ached from lack of Ether, but he dared not pull from his rebreather for fear of discovery.

Besides, if he survived, there would be enough to sate his hunger a dozen times over.

He and Krilix had been calibrating the landing struts on the crew's Ketch when the ambush hit. A long-range scout rifle slug punched through Krilix in the opening salvo, ripping a fist-sized hole in his chest. He fell on top of Vrisk in a heap of gore as a barrage of gunfire rained down on their position.

Vrisk could have shrugged off the Wretch's body and seized his Arc Spear to retaliate. Instead, he simply lay beneath his dying crewmate and let the battle play out.

After the shooting stopped, Vrisk listened to their assailants ransack the ship. A mix of guttural Cabal barks and familiar Eliksni chatter marked them as a competing crew, eager to claim the bounty set forth by the reawakened Shipstealer.

But Vrisk knew what their attackers did not: the relic they sought was not on the Ketch, or even on this planet. It was hidden in a safehouse deep within the asteroid belt beyond Mars. Once Vrisk found the courage to emerge from his hiding place, he would take the relic to Eramiskel himself and claim the reward for his own.

But there was time for that. For now, the Dreg let the weight and warmth of his dead companion press him into a peaceful slumber, where he dreamed of better days to come. 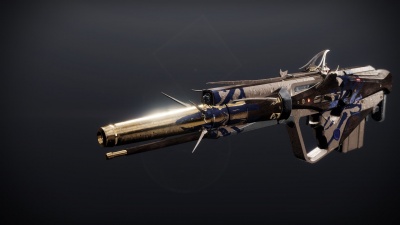