Detailed explanation on how to acquire Planck's Stride

"You may speak as freely as your willingness to take punishment." —Pirate Lord Arask

Triumphant Arask held the shimmering relic high over his head as he pushed through the glut of his cheering crew. "Right where I said it would be," he shouted to roars of approval. Nothing to do now but secure it in his hideout and wait for Eramis's arrival.

"You," Arask said, pointing out a Dreg who stood at the edge of the scrum, trying desperately not to be noticed. The Dreg looked around in desperate confusion.

"You!" Arask shouted again, striding toward the Dreg, who now tried unsuccessfully to melt into the crowd. "You wagered against me bringing the relic back here, didn't you?" Arask demanded, pushing the iridescent relic into the Dreg's face.

The miserable Dreg shrank and shook its head. "N-no, I—"

"Tell me the truth," Arask said patiently. The eager crewmembers pressed in close.

The trembling Dreg closed his eyes and nodded miserably.

Arask frowned sympathetically. "Say it," he sighed. "Say it."

"I did," squeaked the Dreg, who buried his face in his hands.

Arask nodded and let the Dreg snivel quietly for a moment.

"The blunder booth," he commanded flatly.

The crew erupted in excited howling around him, then set upon the shrieking Dreg and carried him off for punishment. 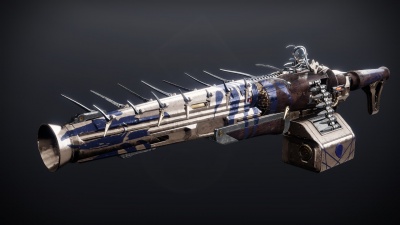