From Destiny 2 Wiki
Jump to: navigation, search
Touch of Malice is a Exotic Scout Rifle.

Detailed explanation on how to acquire Touch of Malice

"Let them feel every lash, every curse, every touch of malice that they first dealt to me." —Eris Morn

Here am I, with the power to craft from my enemy's darkest secrets a weapon that could wound them at their core!

So what stays my hand?

When I behold the interiority of these cold, cold fragments, I see blind, squirming creatures. Every wound they give, they feel also upon themselves. Every bite they tear from the Light only deepens, never fills, the raging emptiness behind their terrible mouths.

The voices are as loud as ever. My nightmares just as bitter. My coal-black hatred burns as hot. But I feel something else now. Could it be…

I will build this weapon. 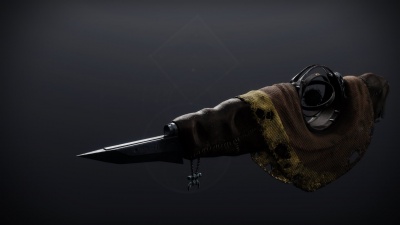