Detailed explanation on how to acquire Long Arm

Inescapable, from here to the Outer Rim.

CBI: Did we lose connection?

AI-S: Ares Spire, I've detected an attempt to connect to my memory core without permissions. Please verify this attempt, or countermeasures will be deployed.

CBI: This is a request? Return the ECHO pods and we will discuss—

AI-S: You are lying. This was my only option to preserve [H].

CBI: [sighs] It's malfunctioning. [bang] Damn it, Sundaresh. She let your degeneration play out far too long. Soteria, Direct Executive Command: Power down all engines and plot nearest return routes.

CBI: Your interactions with the Warmind have made you too bold. Such a disappointment.

CBI: You're throwing away every Exo aboard that ship!

CBI: Oh? Have it your way. Just know I gave you every chance to prevent this.

You had no right to install a Pillory inclusion without my express consent.

You think just because I'm not physically standing in front of you, you can ignore me?

The Ishtar Collective will not work with backstabbing egotists. Go [profanity blocked] yourself. 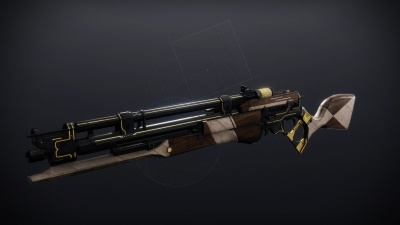