The Wizard floats horizontally, inches off the ground, restrained by a mesh cocoon that ripples with Arc energy. The restraints crackle and hiss as the Hive lieutenant struggles. The Warlock glances uneasily at her captive.

"Guardian is insult. Sword Logic is death to weakness. Death to sick. Keep alive weakness makes weakness alive," the Wizard says and then rattles off a thick stream of guttural sounds that the Guardian's Ghost can't translate. The Warlock assumes they're curses.

"You're lucky we disagree. We value more than just brute strength. We value all the things that make strength worth having. Like ingenuity. Or kindness. Or friendship," the Guardian says. She scans the horizon uneasily. It's been over thirty minutes since her fireteam last checked in. "I wouldn't expect you to understand."

"Well then, I should probably shoot you right now," the Guardian snaps at her prisoner. Her fireteam's prolonged absence is making her edgy. "Is that what you want?"

"Yes. You kill now. Is Logic." The Wizard shows no fear.

The Guardian shakes her head. "You lot are the worst."

Where the hell are they? 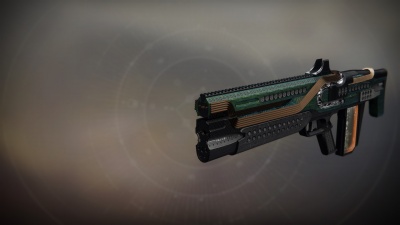