From Destiny 2 Wiki
Jump to: navigation, search
No Reprieve is a Legendary Shotgun.

Detailed explanation on how to acquire No Reprieve

Alaaks, the Beast Tamer looks down at the Dreg kneeling at her feet. His two arms are spread in supplication.

He is begging, whining like a scolded animal. Even her war beasts wouldn't grovel so.

There is silence but for the familiar thrum of her Ketch and the rasping sound of the war beasts' breath as they doze behind her.

Alaaks taps a claw against her rebreather, then snorts and shakes her head. The Dreg starts to tremble as the Pirate Lord snaps her fingers and her war beasts stir, rising to their feet and stretching lazily before coming to their mistress's side.

"The cache on Europa was lost because of your incompetence," she says to the Dreg. "Now Misraaks will come for us."

The war beasts' teeth gleam in the low light. Their claws scrape against the grated floors. Their hides bear the brand of her flag. They are loyal. They are hungry.

"Mercy," the Dreg whispers. He is quiet. Quavering.

"This IS mercy, Prydis," Alaaks says, her voice lowering. "You haven't faced Misraaks. I have. He knows no mercy or forgiveness."

Alaaks hisses a command to her pack, then folds her four arms over her chest. Her war beasts' salivating smiles split wide as they advance. 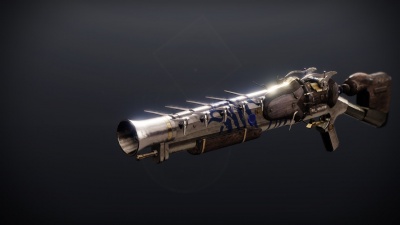