Fighting Lion Catalyst can be found randomly by defeating non-Guardian enemies anywhere in the system. To unlock its upgrade, the player has to defeat enemies with this weapon and complete bounties.

The Catalyst adds the Chimera perk to this weapon and Masterworks it.

Wei Ning punched the mountain. It moved. A microscopic shudder, but enough to make her punch it again. "They're just angry that you keep winning without a gun." Her Ghost danced fretfully around her fist. "That's why they say these things. Jealousy."

"I tell you," Ning grunted, shattering granite, "someday they'll lose their smart guns and fancy ships, and then they'll wish they'd listened! There's one weapon you can always count on, and it's your strong hand."

Wei Ning tapped her fists together. "Huh," she said. 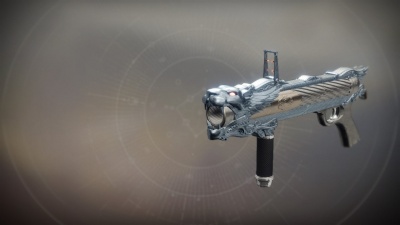 Do Not Sell My Personal Information
Retrieved from "https://d2.destinygamewiki.com/mediawiki/index.php?title=Fighting_Lion&oldid=72990"
Categories: