Shares were split anew on the bomb-blacked deck.

Ithyks crouched in the nest of beaten steel and twisted wires that choked her quarters. She curled her claws hesitantly around the relic and listened.

The battered metal of her ship creaked around her, bolts twisting with the strain of the surrounding void. But there was no cause for alarm; Ithyks had built it herself. Scrapworking was nothing unusual among the Eliksni, but to Ithyks, it was a calling.

After the Whirlwind, her crew had followed the debris trailing from the overeager, underprepared ships that had left to chase the Great Machine. As she sorted through the flotsam, it was as if the metal spoke. It would tell her what it wished to be, whispering its destiny.

Overtime, she and her ship grew strong; reinforced, bolstered by the remains of those who came before.

But now, this—this patch of fibrous blackness suspended in its onyx vessel, pulsing even now with intermittent light—it spoke to her with a voice of its own.

And when she strained to hear its frantic whispers, the words were of her own destiny—no, more than that: the destiny of all things. 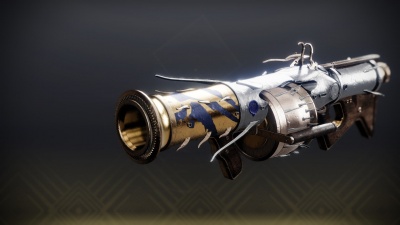