Breakneck is a Legendary Auto Rifle.

"Bar's a great place to settle disputes. Everybody goes there wantin' to drop the mask." —The Drifter

"Y'know," said Cenric, a thick-necked Risen with a bulging vein in his forehead, "I've always thought you were a sneak. But after five drinks on your dime, I'm feeling pretty fond of you, Drifter."

Everyone laughed. Drifter smiled, feet kicked up on the bar. The rifle holstered on his back was heavy with promise.

"You're a real smooth talker," he said. "I wonder… You whisper those same sweet nothings to your pal Lord Rience?"

The bar fell quiet. The vein in Cenric's forehead began to twitch.

"Listen, no one's rockin' the boat here," Jaak spoke up. "We shut Rience out, just like you said."

"Funny. I seen you in that valley, too. And Otto, and Ayrin, and Thalia…" He looked at them each in turn. "Guess my eyes are playing tricks on me."

Cenric pushed his stool back. "You have something to say, say it plain."

Cenric stood up. That vein of his looked about ready to pop. Drifter let his feet down as he reached for his rifle, asp-quick. "And you know what we do with rats, don't you, brother." 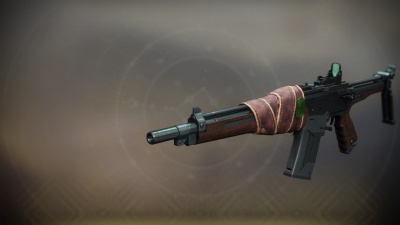