From Destiny 2 Wiki
Jump to: navigation, search
Breachlight is a Legendary Sidearm.

Detailed explanation on how to acquire Breachlight

It has been melted and reforged many times.

"I find it odd, the cycle we are in. I have died many times. Reborn anew, the fight pulsing through my veins.

"The Vex, with their minds shared, must also know this sensation. Fighting to die. Dying to fight. Over and over.

"I wonder what they know that I do not. Do their calculations ever have them victorious in their pursuit?

"We share this perpetual sequence in our encounters, yet there is no common ground outside of our mutual bloodlust.

"I die again. The anger rises. I fight back harder, wiping out the entire squadron of their patrolling units. More arrive. I die again, ready for my resurrection." 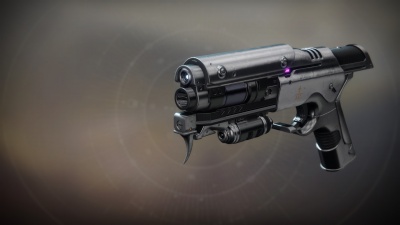