Breaking through the dawn, the hope of light
I am the chosen of the (TRAVELER)
With trusted friends and the promise of hope
My explosive (POWER) will never be erased!

Getting stronger, subduing the threat
You have no choice but to relent to me
Even when the fire of my soul is dwindling
I have the (POWER) of my (KITSUNE)!

The call of the gun in my hands is the source of my strength...
Shi-ning power! (KITSUNE!) 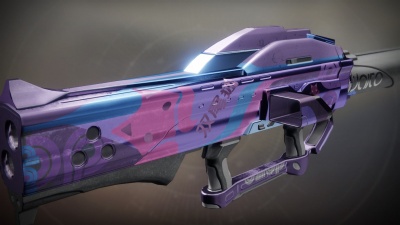