Polaris Lance Catalyst can be found by completing strikes, Crucible and Gambit matches. To unlock its upgrade, the player has to defeat enemies with this weapon and its Perfect Fifth explosive round.

The Catalyst adds the Dragonfly perk to this weapon and Masterworks it.

Most people wouldn't consider a broken weapon a birthday present. But the Brays… aren't like most people. Sure, they tell me I'm smart, but they have a closeness, a relationship to the tools and machines they work with that goes beyond words. I never thought they would trust me enough to be a part of that. Until today.

Elsie knows I've been working in the lab, trying to perfect the scout rifle designs in secret. I thought she'd be angry, that a weapon like this was a Bray project, not something for her adopted little sister. But this morning she surprised me. She handed me the weapon, a smile on her face. She told me she had checked it over, but only I could finish it.

A real piece of Bray tech. And it's mine. I finally feel like I've found my place. The Brays are more than just scientists. They're my family. 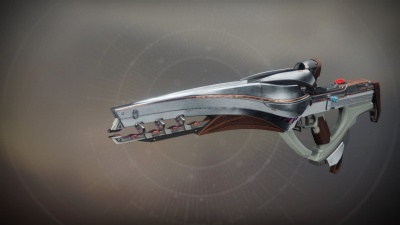