Line in the Sand

From Destiny 2 Wiki
Jump to: navigation, search
Line in the Sand is a Legendary Linear Fusion Rifle.

Detailed explanation on how to acquire Line in the Sand

"The Vex are oppressive; Minotaurs fall over themselves to get the jump on me. I've exhausted my options. I need to use the distance to my advantage. I peer out over the rock's edge—they seem to have lost me in the scuffle.

"The gentle hum begins, and I feel my weapon charging between my hands. I take out two with the first shot. Another two with the next. They scatter now, confused and irate. They seek me out desperately. All I can offer is another barrage that depletes their numbers and creates more scrap. The last two couldn't get within ten meters of me. It's a small victory, and I am alone once more.

"It helps to set boundaries." 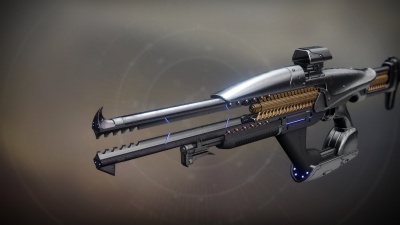 
Do Not Sell My Personal Information
Retrieved from "https://d2.destinygamewiki.com/mediawiki/index.php?title=Line_in_the_Sand&oldid=68961"
Categories: