CZ: Rasputin has been neutralized. What that means exactly, time will tell.

FWC-L2: A glorious tragedy. May it rise to fight again.

DO-AJ: I trust you have another plan, Commander? Hopefully a more effective plan.

IR: The hostility is unnecessary, Jalaal. We are here to devise a plan.

DO-AJ: We had one. It was rejected. The time for that is long past.

IR: Your plan was to leave the Traveler.

NM-EH: We are unprepared because we waste time debating.

FWC-L2: We were prepared by every conflict that befell the City. This war has been written in the stars. Let it come.

DO-AJ: Mobilize the fleet. We have guns enough. Surely, that option would please Lakshmi.

IR: The fire from your guns would have ricocheted off the Almighty's hull. How do you plan to wound the Pyramid?

CZ: This was settled during the Red War. It has not changed. We will need the fleet in reserve should the situation turn dire.

NM-EH: We will not flee the seat of our Golden Age. Enact war-time powers. A Monarch must be chosen.

NM-EH: How long has that omen been left buried on the Moon? If the Commander had given us access instead of allowing that mystic to—

IR: Cryptarchs have been attempting to parse the Luna site data feed for months. It is digitized madness.

CZ: No. They… cannot act independently.

NM-EH: So then there is nothing?

CZ: When Rasputin fell, a Hidden agent was dispatched to investigate the Pyramid's nature and divine its intent. They are supported by Guardian operatives. They will work to contain the Darkness while we evacuate nearby assets and evaluate engagement strategies.

CZ: In our haste to act, we were caught flat-footed. When we choose to strike again, we must be sure of its efficacy. We may only get one chance. You have all brought wisdom to this meeting. I have considered your council. Executor, I request the New Monarchy support us as they did so graciously when the Red Legion struck. Organize the movement of our people and coordinate with Suraya Hawthorne's contacts to secure them within the walls. Cousin Jalaal, I request Dead Orbit ships ferry the wayward home and provide transit security. In return, you will both be granted full access to the Vanguard's Luna site resources.

NM-EH: A late invitation, but acceptable.

DO-AJ: For the time being, we will protect caravans and aid in relocation.

CZ: Good. Lakshmi, Project Stronghold will require additional printings. Ada-1 has agreed to lend her equipment and expertise to assist in this endeavor. Is this satisfactory?

FWC-L2: Our forges are ready and eager. We request to assist the Bray in evaluating damage to the Warmind.

CZ: Offer the help. Ana will accept it, I'm sure, so long as you defer to her oversight.

FWC-L2: Her standing is tenuous. We believe it amicable to offer partnership, not support.

CZ: You may suggest as much.

IR: Do we have a consensus?

[many voices pledge in agreement]

IR: You offer too much. They want all the sway and none of the responsibility.

CZ: Let them have both. Now is not the time to tangle ourselves in political conflicts.

CZ: It won't be long before they realize Eris is the agent in question. She should be warned. 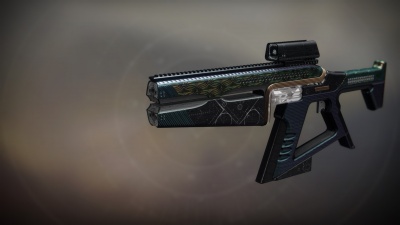