Taeko-3 was smirking again. Sloane liked a lot of things about her. The smirk wasn't one of them.

"Sure. A weird Hive ritual. Nothing we haven't seen before, right?"

Sloane gripped the railing. "Everything under those waves is something we haven't seen before." The Hunter behind Taeko rolled his eyes. The railing crunched under Sloane's hand.

"You worry too much, boss! We've dropped a thousand Hive with our Sparrows. When the three of us"—the Hunter flourished a blade, and the other Warlock cocked a shotgun; did they practice this?—"are working together, we're unstoppable."

Sloane walked forward and put her hands on Taeko's shoulders. The smirk disappeared. The Hunter's blade dropped, but he caught it out of the air.

"Taeko. They're not always going to have your back. What are you going to do when you're the last one standing?"

The smirk came back. "Easy. Embrace the Praxic Fire." 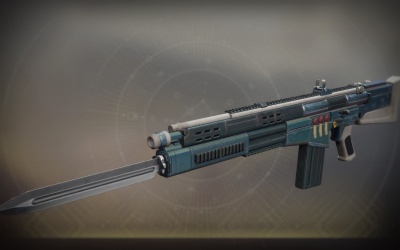