Delicate Tomb Catalyst can be found by completing the quest The Form of the Danger. Its upgrade is unlocked by defeating 700 enemies with Delicate Tomb.

The danger within is repulsive to us.

They mistake the vessel for its contents. They confuse the pieces with the whole. They see their imprisonment as empowerment.

They are hostages of their flesh, unable to see without vision. Unable to hear without sound. Unable to slake their thirst for fear of drowning.

Their ignorance is their saving grace.

Yet one among them understands, in their limited fashion. They pour from one vessel to another. A welcome change. A new form. Another method of gifting death.

I am made finite. Personal. Bright and delicate to hide my true form. An intimacy.

They think me contained, but I am instead diffused, as vapor upon the wind.

Once again, I am becoming. 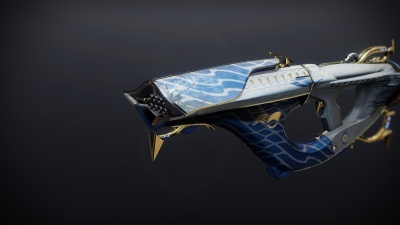