18 Kelvins is a Legendary Sidearm.

Detailed explanation on how to acquire 18 Kelvins

"I never thought I'd be carrying a gun. I'm a scientist, not some kind of soldier. But the way things have been going in the labs. I just don't feel safe any more. I've heard rumors of what happened with the SIVA project, and some of the people involved. let's just say they aren't answering their email. Willa has been seen roaming the halls, keeping an eye on us. At least this sidearm is easy to conceal. I just hope I never have to actually use it." -BrayTech Scientist, Journal Entry 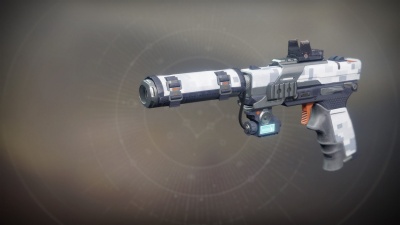 
Do Not Sell My Personal Information
Retrieved from "https://d2.destinygamewiki.com/mediawiki/index.php?title=18_Kelvins&oldid=62858"
Categories: