The Manticore is a Exotic Submachine Gun.

The Manticore Catalyst can be found by completing the quest Volantes Violentiam. Its upgrade is unlocked by defeating 700 enemies with The Manticore.

Across the Ascendant Plane, in the theater of the mind, a Queen and a War God do battle. Within their arena, elocution becomes a spear, and conviction a shield.

YOU ARE SMALL-MINDED, stabs the War God. SHORTSIGHTED. YOU VALUE LIFE OVER VICTORY.

Her words are sharp, her thoughts malicious. The Queen parries and counters.

"You are single-minded," she thrusts back at her opponent. "Myopic. You are war, and nothing else."

WAR IS ETERNAL. YOU ARE NOT. YOU WITHER AND DIE LIKE YOUR ARMIES. YOUR SUBJECTS.

The War God's spearhead finds purchase. The Queen is struck—but not felled. She adjusts her tactics and attempts once more to puncture her foe's armor.

"War is ever hungry," she answers. "You must fight forever, or it will consume you instead of your enemies. In truth, you are not war. Merely its avatar."

A deft maneuver. The War God is surprised and pleased. In response, she pivots to a new angle of attack.

YOUR BROTHER SHUNS YOU.

The Queen falters. It is an opening in her defenses she failed to cover adequately. Psychic blood seeps from a mental wound.

"Your sister plotted against you," she lunges forward. "She freed herself from the bondage you still endure. And she did so at MY hand."

The Queen feels the spear pierce the War God's hide. Something akin to a gasp echoes throughout the Ascendant Plane as the War God takes a step back.

And then the War God laughs.

YOU ARE A WORTHY FOE, she says as she sheathes her spear. I LOOK FORWARD TO OUR NEXT BATTLE.

She departs the field. The Queen is alone, bleeding and spent.

The war has begun. 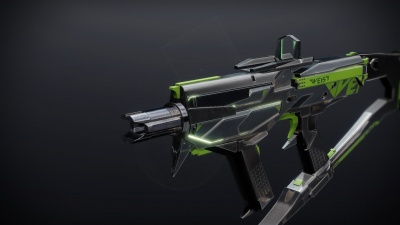