Telesto is an Exotic Fusion Rifle.

Telesto Catalyst can be found by completing Legend or Master Lost Sectors. To unlock its upgrade, the player has to defeat enemies with this weapon. 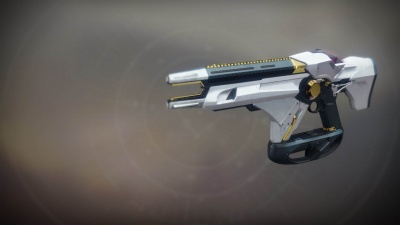