Last of the Legion

Last of the Legion is a Legendary Sidearm.

Ghaul is lost. He stood before the Light and met a warrior's end. The Red Legion suffered a great blow today, and in time we shall mourn the Dominus. There is still much to be done. Our forces have been routed, but the Cabal are not so easily deterred. We need arms, supplies, and most importantly, we need a ship. We do not lay in defeat like the wretched Eliksni. No, I will not return to Torobatl in defeat. The Dominus was a strong leader, but the Red Legion had more to offer than simply overwhelming force. The Guardian presence on Mercury and Mars is soft at this time. We can strike quickly and restock our arsenals. They think us weak and insipid. I will show them the might of the Red Legion, and they shall not forget. 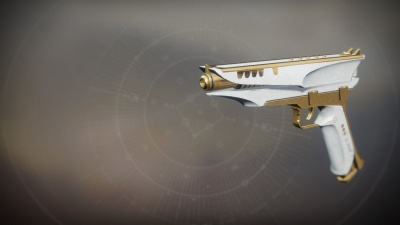