Sins of the Past

From Destiny 2 Wiki
Jump to: navigation, search
Sins of the Past is a Legendary Rocket Launcher.

Detailed explanation on how to acquire Sins of the Past

I weep for what the Cabal have become-a war machine forged in Ghaul's own image. His obsession with the ideal form has produced a hollow people devoid of culture, robbed of their history. The Leviathan is now home to the last of us true Cabal. We will remember the old ways, for I am the wellspring from which our great civilization flows. And when my empire returns, the traitors will see us as through a dark mirror. We will be a terrifying reminder of their former selves. In that moment, they will feel the shame of their betrayal. They will know I have come for my revenge. The Red Legion will not escape the sins of their past. They shall be consumed by them. 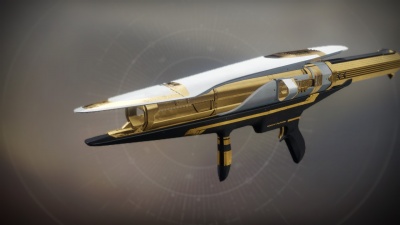 Do Not Sell My Personal Information
Retrieved from "https://d2.destinygamewiki.com/mediawiki/index.php?title=Sins_of_the_Past&oldid=66039"
Categories: