Detailed explanation on how to acquire Machina Dei 4

To be a Guardian! How I longed for it. After a near-death experience in which I lost my eyesight, I even believed that I had become a Guardian, that the great Osiris had granted me my dearest wish.

How young and foolish I was!

But now that I am thirty, and wise, I know better. I wanted to be a Guardian, but what I needed was to feel like I was enough. Like I was equal to the great task of life. That I was heroic.

And THAT, my friends, is the beauty of Osiris's teachings! That if you work, if you strive, if you suffer for the sake of improvement, you CAN become better!

It's a hard life I've chosen, full of sweat and pain and darkness. But I have never been so free! 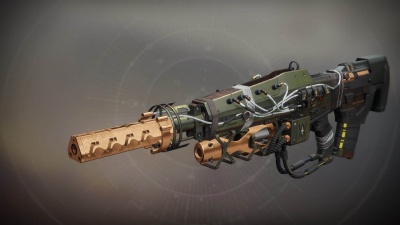