From Destiny 2 Wiki
Jump to: navigation, search
Wilderflight is a Legendary Grenade Launcher.

Detailed explanation on how to acquire Wilderflight

The flightless blind, venturing out into the dark. Never to return.

CBI: Why aren't I being briefed?

CBI: [Sigh] The launch is meant to be simulated, not executed. Provide an explanation.

AI-S: In the event of an emergency, we must be ready. This is the third and final emergency scramble test, after which I am now confident in the response capabilities of our newly onboarded staff.

OpCon: Sir, we're being locked out of manual control.

CBI: Soteria, what are you doing?

AI-S: Aligning ECHO fleet for departure and testing initial burn. This will conclude the test. 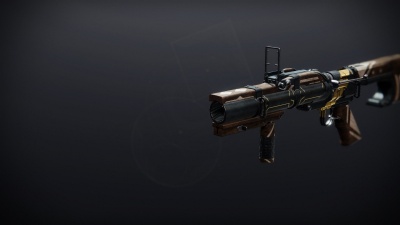