From Destiny 2 Wiki
Jump to: navigation, search
The Last Dance (Homecoming) is a Common version of a Legendary Sidearm which is acquired partway through the Homecoming Story Mission. The weapon is lost permanently at the mission's end.

Equipped automatically when the player picks up Origin Story (Homecoming) within the armory of Lord Shaxx during the Homecoming Story Mission. 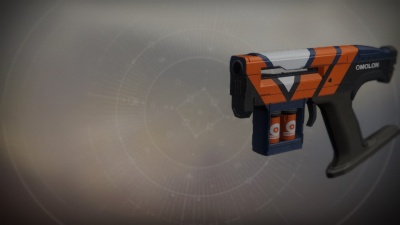 
Do Not Sell My Personal Information
Retrieved from "https://d2.destinygamewiki.com/mediawiki/index.php?title=The_Last_Dance_(Homecoming)&oldid=68918"
Categories: