Perfect Paradox is a Legendary Shotgun.

I never found Osiris, but I've killed enough Vex to end a war. And they, in turn, struck a fatal blow: they completed a Mind with the sole function to drain the Light from me. It worked very well.

Don't worry (not that you worry much). It took them centuries to build, keyed to the unique frequency of my Light. And I sit atop its shattered husk.

I mourn that I will never reach the heights you have. To me, you represent everything a Guardian can become. Yours is a thriving City. So different from mine. My whole fourteenth life I fought to make my City yours. I never finished.

All I have left is this weapon. The Cryptarchs say you crafted it yourself, built it out of scraps and Light and sheer will, inside the Infinite Forge. I'll make sure it finds its way back to you. When you gave it to me, I swore I would make it my duty to follow your example. 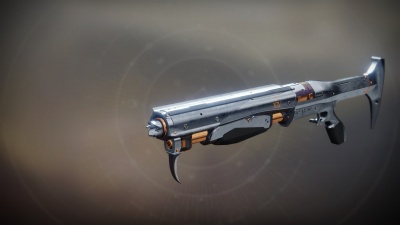