Prometheus Catalyst can be obtained by completing Heroic or Nightfall Strikes. To unlock its upgrade, the player has to defeat enemies with this weapon.

The Catalyst increases Prometheus Lens' stability and handling by 18 and Masterworks it.

How's it work? Ha! The underlying principles are quite simple, really. The gun's pyreliophorite crystal—

Pyreliophorite? It's an Ionian crystal which bears some resemblance to rudimentary perovskite, which is, as you should know, a crystal with unique photovoltaic properties—

Photovoltaic? It means "regarding the conversion of light into electricity."

No, no, the gun doesn't create electricity; the gun induces an external combustion reaction. It's perovskite that—

I just explained the perovskite! If you'd stop interrupting—

Wait. I remember you. You're one of Cayde's Hunters! Get out of here! Shoo! The Cryptarchy wants nothing to do with you! 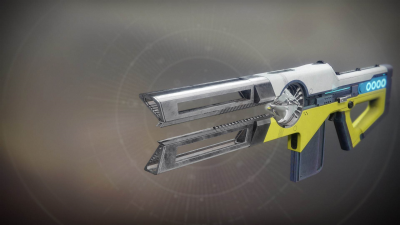