Detailed explanation on how to acquire Martyr's Retribution

That which returns from the void will always seek revenge.

"There seems to be no end to them. No matter how many I destroy, there are always more. An infinite, ceaselessly multiplying array of circuits and fluid. New units replace their ruined predecessors, forming out of sapphire transmat clouds. They want me dead. They won't stop until I meet my demise. They persist.

"For all their vast knowledge, they seem to have one blind spot. They should know by now, I also want them dead. 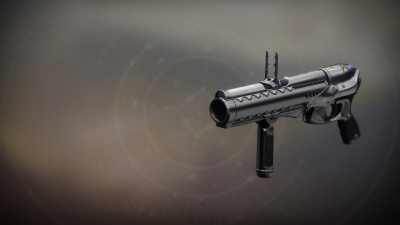 
Do Not Sell My Personal Information
Retrieved from "https://d2.destinygamewiki.com/mediawiki/index.php?title=Martyr%27s_Retribution&oldid=68960"
Categories: