Alone as a god

From Destiny 2 Wiki
Jump to: navigation, search
Alone as a god is a Legendary Sniper Rifle that has been reimplemented as a Kinetic Weapon.

My imperial guard marched into the temple where the senate convened. They formed a protective circle from which I might bestow the gift of my address.

"From this day forward, I shall take up all the empire in my embrace. For I am father of the empire, as I am father to all creation. I will suffer no tired institution nor petty bureaucrat to stand between me and my children. I am the perfect loving god, and all will tremble to know me."

The imperial guard charged their rail guns in perfect unison. 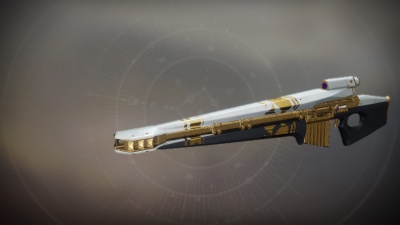