Foetracer is an Exotic Armor.

I thought I was dead. Held my own for bit, but I could hear the Wizard wasn't alone and she'd be coming for whoever took out her spawn. It was just lying there, honestly. Looked like a standard old Outrider kit, but it had this rig, enough small diamond conduits to make me think it was something pulled out of those old Bray labs in the MNP. I don't just go putting things on my head, but I was desperate. Not sure what activated the thing, but sure enough there she was. I already had a lock on her, and once I engaged, there was nowhere she could hide. 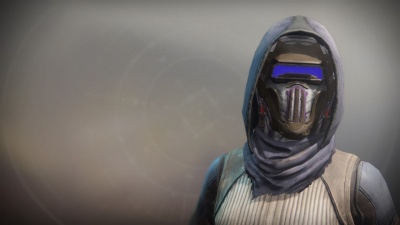 Do Not Sell My Personal Information
Retrieved from "https://d2.destinygamewiki.com/mediawiki/index.php?title=Foetracer&oldid=66949"
Categories: