Nezarec's Sin is an Exotic Armor.

"He is that which is end. That which covets sin. The final god of pain—the purest light, the darkest hour. And He shall rise again. When the guiding shine fades and all seems lost He will call to you. Fear not. All He offers is not as dark as it may seem. For Nezarec is no demon, but a fiend, arch and vile in ways unknown. He is a path and a way, one of many. And his sin—so wicked, so divine—is that he will never cower when dusk does fall, but stand vigilant as old stars die and new Light blinks its first upon this fêted eternity."

—Passage from Of Hated Nezarec 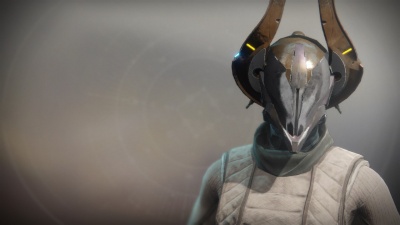 Do Not Sell My Personal Information
Retrieved from "https://d2.destinygamewiki.com/mediawiki/index.php?title=Nezarec%27s_Sin&oldid=70469"
Categories: