The frigid will renewed, resurgent.

"Regrettably, Lakshmi was killed by Vex during the assault…"

Ikora's words echoed like the tolling of a bell. Ada-1 rocked back on her heels. She had never much liked Lakshmi-2—tolerated was a better word—but her fellow Exo had been her partner in a very intriguing new venture. Now, Lakshmi was dead, and so was the promise of Project Stronghold.

A bunker where the city's leaders could be preserved through any attack was now just a hazy memory. Project Stronghold's reach was more expansive than Ada's contribution. Indeed, her focus had been steered in this direction by Lakshmi, yet the necessity of the bunker had made perfect sense when Lakshmi proposed the endeavor. A city cannot survive without its leaders, but Ada never expected that Lakshmi herself would instigate an attack.

Ada-1 had been used. The realization stung, but having yet another venture collapse around her was too bitter a pill to swallow. She was destined for greatness, wasn't she?

Ada heard the servos in her hands whining. Her fists were balled tight. She hadn't meant to… she hadn't meant for any of this. Every day spent, every breakthrough made, just grains of sand in a sculpture doomed to be washed away by the unstoppable tide.

She had worked for years to defend this system, its people; and all she had to show for it was a glorified spindle.

No matter. For now, she would focus on one day at a time, and today, she would spin gold from straw. Her fingers traced the lines on the shoulder of the new gauntlets she had designed. She was determined to see them completed. They wouldn't save the system, no, but they would represent the Black Armory well. Sometimes, she just needed something for herself. 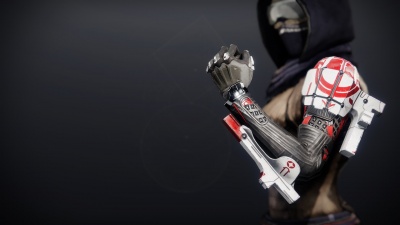