I'm on the ground, half inside Mav's Ward. Lucky for me, it's my head that's half in. The stars over my head are going out one at a time, but that could just be Taken goo blocking my sight.

This giant one-eyed nightmare we woke up is real unhappy to see us. This wasn't the plan—we just came here to rob him.

We're almost out of time. We have one shot.
So I pull out the bird and give this sucker the finger.
One red-hot glowing finger. 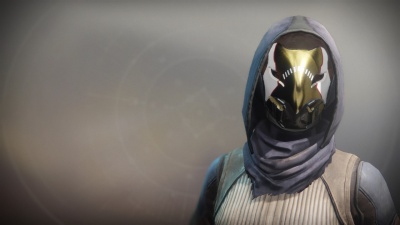 Do Not Sell My Personal Information
Retrieved from "https://d2.destinygamewiki.com/mediawiki/index.php?title=Celestial_Nighthawk&oldid=69756"
Categories: